ORION is a not-for-profit organization supporting Ontario’s progress with essential digital infrastructure. Since 2001, we’ve facilitated new discoveries by connecting research and education institutions, regions, and people across the province, enabling collaboration, learning, forging partnerships, and providing our community with the digital tools and expertise they need to make the world a better place.

As a trusted partner in the research and education community, ORION takes a proactive role in enabling collaboration and progress. Thanks to our central role in connecting institutions and regions across the province, we’re in a unique position to advance the partnerships that empower our community to solve problems, cooperate on projects, and create value. We build relationships and host informative events, ensuring that we’re in tune with Ontario’s researchers, educators and innovators. Understanding their needs and desires allows us to effectively advocate on their behalf.

Our ability to organize services that can be shared by our community allows them to do more for less, accessing the vital digital tools they need. We offer a range of technology products and services including cybersecurity, which enhance our community’s power to educate, research, and enable progress or develop in the 21st century.

At ORION, supporting our community comes first. As a not-for-profit organization, we’re focused on outcomes, re-investing in the network, and the success of our community, not corporate shareholders. Whether it’s ground-breaking researchers sharing huge amounts of data or students in a classroom using technology to learn, it’s all about Ontario’s progress and economic development. 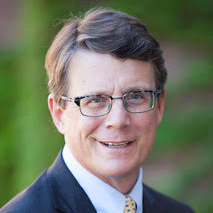 Jim Garner joined the board of ORION in 2014 and was appointed Board Chair in October 2017.

Recently retired, Jim is an experienced senior executive with broad experience in finance, healthcare/life sciences and the education sector. He has extensive board experience as a director and executive with public company, broader public sector, not-for-profit organizations.

Jim is a CPA/CA and a Chartered Business Valuator and earned his ICD.D designation from the Institute of Corporate Directors. He is a graduate from IMD (MBA) and Queen’s University (B. Comm.) 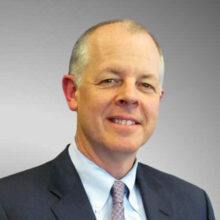 David Drury leads the country’s technology solutions business to deliver an exceptional client experience. His focus on emerging technologies, emphasis on execution and collaborative leadership approach aid clients in elevating the role of IT in their own organizations – effectively moving technology solutions and planning out of the “back office” and into the boardroom. 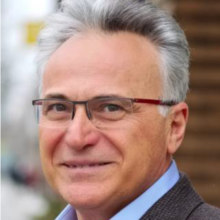 Independent Board Member and Mentor

Alex Giosa was the Canada Country Senior Officer for Nokia and a member of the North American Market Leadership Team until March 2017. Under his leadership with deep customer relationships, the Alcatel-Lucent and Nokia businesses were combined smoothly and strengthened market impact in Wireless, IP Broadband, and Cloud Networks. Building the industry’s broadest and deepest trusted partnerships in Canada with Service Providers and key strategic verticals, including Energy, Mining, Transportation, and Government.

Prior to Nokia’s acquisition of Alcatel-Lucent and research arm Bell Labs in January 2016, Alex served as President and CEO of Alcatel-Lucent Canada and Lucent Technologies Canada since 2002. Earlier in Alex’s career, he held executive and senior management roles in Network Operations, Customer Operations and transformation change management at Bell Canada and affiliates.

Alex graduated from the University of Toronto with a Bachelor of Applied Science (P.Eng). He is active in the community and is currently Vice-Chair of the Board, Ontario Research and Innovation Network (ORION). Alex also served for an extensive period on the Board of Governors of Junior Achievement of Central Ontario and its Board of Directors. 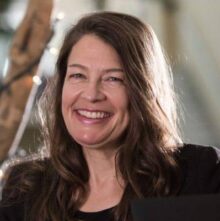 With 20 years of Higher Ed IT experience, she held a variety of IT positions and responsibilities at the University of Guelph prior to joining McMaster University in August 2017.

At McMaster, Gayleen plays a leadership role on campus while overseeing the institution’s technology and information systems interests. Since joining, Gayleen has led the development of the enterprise IT strategy and governance model, including all aspects of a strong, secure, productive higher education IT environment.

A truly collaborative leader, Gayleen works with the institutions’ leadership team and a network of diverse colleagues and IT personnel across the campus to ensure that McMaster’s research, teaching and learning initiatives are supported and enabled by campus systems and infrastructure.

Throughout her career, Gayleen has built relationships and fostered engagements with Higher Education IT peers across Canada and in the US to further collective areas of interest. Gayleen is well-known for her knowledge, openness and authenticity. She is a frequent presenter and active participant at various professional forums such as Educause, CUCCIO and CANHEIT.

Alfonso has a strong track record in the design and launch of new and disruptive enterprises in the technology space and across multiple market segments. At ORION, Alfonso helps drive the organization’s strategy forward in a highly collaborative and strategic manner.

He brings his unique blend of experience in user-first service, teamwork, and strategic alliance-building to bear on solving the complex problems faced by Ontario’s research, education and innovation community.

Alfonso sits on the board of ORION’s Toronto partner, GTAnet, as well as on OCAD University’s Digital Futures Advisory Board, serving as an Adjunct Professor in this graduate program. He serves as a Volunteer Mentor and Entrepreneur in Residence, supporting teams and companies at Ryerson University’s Digital Media Zone (DMZ), Communitech and MaRS. He previously held a similar role at Deloitte, after co-founding several technology-based companies over the last 20 years. 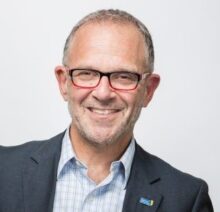 Steven N. Liss is Ryerson’s Vice-President, Research and Innovation, and a professor of Chemistry and Biology in the Faculty of Science. His return to Ryerson in April 2017 follows a decade of distinguished service at the University of Guelph and at Queen’s University, where he served as Vice-Principal (Research) and a professor of Environmental Studies and Chemical Engineering.

For his contributions to Canada’s research and innovation ecosystems, Steven was awarded the Queen Elizabeth II Diamond Jubilee Medal in 2012.

He has also held positions on a number of boards and councils and he has played an important leadership role nationally in the advancement of support for digital infrastructure. 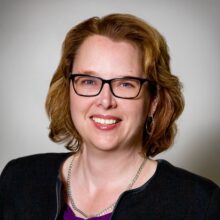 Since joining Laurier in 2007 as Dean of the Faculty of Science, she has played a lead role in many of the university’s significant initiatives. Some highlights include: the development of a new strategic academic plan; the establishment of innovative undergraduate and graduate degrees; the advancement of the university’s research agenda; the launch of the Laurier Institute of Water Science and the Laurier Centre for Women in Science; and the creation and expansion of the Office of Indigenous Initiatives. Prior to her roles at Laurier, she was Dean of the Faculty of Science, Applied Science and Engineering and Director of the International Office at the University of New Brunswick.

In addition to her role as a senior administor, MacLatchy is an active researcher and graduate-student supervisor with a focus on ecotoxicology and comparative endocrinology. 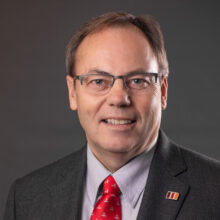 Prior to joining the Ontario Public Service, Ron’s career spanned 25 years in the private sector where he held senior executive positions with Rogers Communications and Bank of Montreal.
Ron holds a Master of Business Administration degree from Dalhousie University, an ICD.D designation from Rotman, is a Fellow of the Institute of Canadian Bankers and a graduate of Harvard Business School’s Advanced Management Program.

Mr. McKerlie is a member of the Board of Directors for World Vision Canada, World Vision International and ORION.

Enhancing cybersecurity with women in the workplace