Of all the civic functions that technology enables, one may stand out as critical: the ability for communities to tell their stories. Digital connectivity is foundational for journalism to do its important work of highlighting the issues and affairs of cities and towns. It ensures these diverse voices are being broadly heard, and that the needs and priorities of these communities reach the radar of politicians and other decision-makers.

But what happens when, due to geographic barriers, communities don’t have access to adequate broadband infrastructure? This is the case for many northern, rural and remote regions across Ontario, where digital connectivity is disproportionally more expensive and far slower than in urban Ontario.
Ontario Hubs is a unique journalism project by public broadcaster TVO that provides a platform for regional matters and perspectives. Launched in September 2017, it provides coverage of local affairs in Northeastern, Eastern, Northwestern and Southwestern Ontario. Funded by a $2 million philanthropic gift, Ontario Hubs aims to create a more inclusive, educated and engaged society by sparking public conversations about the issues Ontarians care about.

“Small, regional communities have experienced a dramatic decline in local news coverage as media outlets have shrunk or closed,” says John Ferri, vice-president of current affairs and documentaries at TVO, which is also an ORION constituent. “We think it’s important to give a voice to these regions and help put their issues into context.”

What facilitates the sharing of Ontario Hubs stories is ORION’s ultra-high-speed fibre optic network. This secure, reliable digital infrastructure is used by hundreds of education, research and innovation organizations across Ontario to support data sharing, information processing and project collaboration. Among ORION’s constituents are four post-secondary schools in which Ontario Hubs’ four full-time journalists are embedded: Confederation College in Thunder Bay, Laurentian University in Sudbury, Western University in London and Queen’s University in Kingston. Recently, a fifth hub focused on Indigenous issues opened in Ottawa that will also partner with a higher education institution. These journalists use ORION’s network to file weekly video and written news reports with The Agenda with Steve Paikin and TVO.org.

ORION is committed to bridging this divide in connectivity for remote regions and this was the focus of our report Connecting Northern Ontario’s Research and Education Community, released last fall. Co-funded by the Northern Ontario Heritage Fund Corporation, the report outlines how to address broadband connectivity gaps in the province’s North to connect isolated communities and foster prosperity and growth. ORION is now gathering input from relevant stakeholders in order to build partnerships and further expand projects like these. 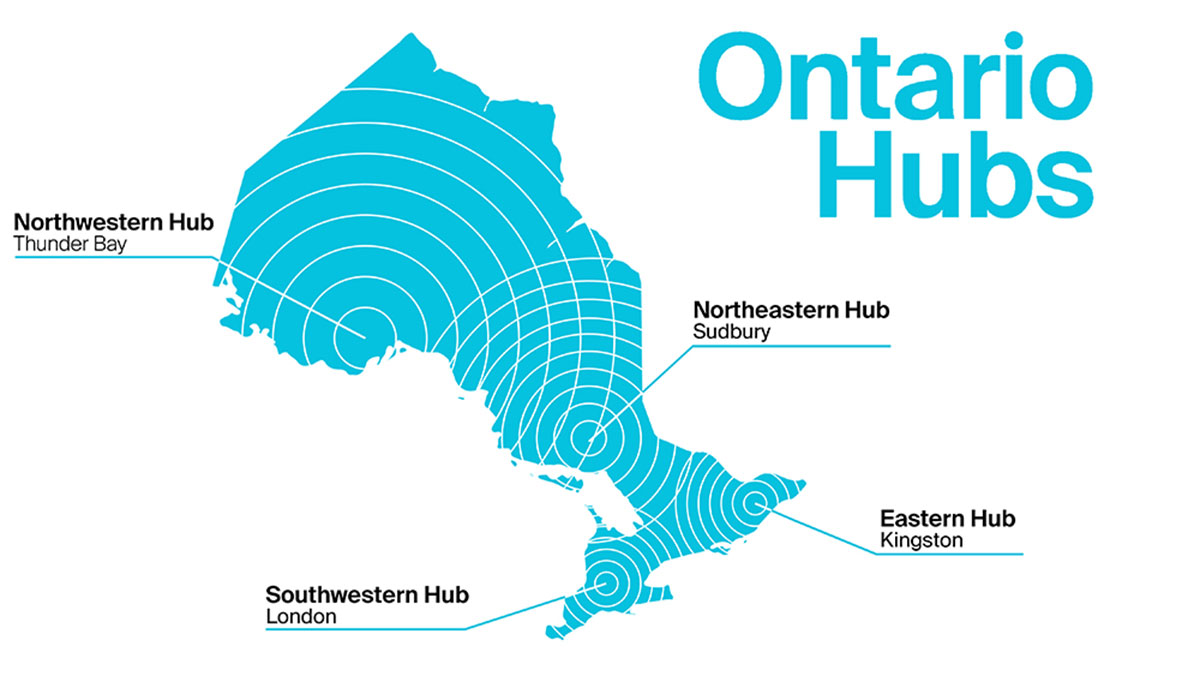 “We’re really grateful that we can leverage ORION’s network to conduct our reporting, and at a fraction of the cost of using a private network, which is important to us as a public service broadcaster,” says Ferri, who won ORION’s 2018 Leadership Award in Innovation. “The network is key to allowing us to highlight these communities’ issues and stimulate public discourse.”

This and other stories are found in our annual snapshot. Read about others in ORION’s digital community who are contributing to Ontario’s innovation economy in our 2018 Snapshot >

Working from home: Cybersecurity tips from a CISO