Physicists at the University of Alberta have developed a new method for storing quantum information encoded into pulses of light: a quantum memory. The memory works by storing single photons in clouds of ultracold rubidium atoms, then later retrieving them by shining a ‘control’ light pulse. This method requires considerably less power than other quantum storage techniques, making it easier to implement. Quantum memories will be an important component of upcoming quantum fibre optic networks, serving much the same role as hard drives in current computers.

A research team at MIT has discovered a way to mass produce tiny robots (called synthetic cells or ‘syncells’) by controlled fracturing of multiple layers of graphene for greater uniformity. The discovery holds great promise, with myriad applications including industrial and biomedical monitoring, electronic data storage, and microelectronics fabrication.

The Canadian Government has made a new $49.3M investment in Burnaby, BC, General Fusion, a clean technology company developing an alternative form of fusion energy. The new funding will enable General Fusion to create 400 new jobs, broaden its collaboration with research institutions (ensuring that Canadian fusion energy talent remains at home) and support development of a first-of-its-kind large-scale prototype power plant. 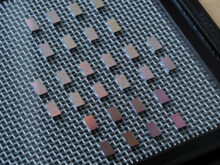 MIT researchers have built a chip-scale spectrometer to analyze wavelengths of light to determine the chemical composition of an object, which rivals the performance of its larger cousins yet consumes so little power that it can run on a battery. The devices’ small size is enabled by using an on-chip optical switch. The technology could be a boon for mobile devices, enabling them to perform materials analysis, radio frequency spectrum analysis, and medical imaging.

A team at the California Institute of Technology in Pasadena has built a new type of gyroscope that relies on light rather than moving parts to determine its orientation. This optical gyroscope is 500 times smaller than current state-of-the-art devices and 30 times more sensitive. The device achieves this greater performance by using a technique called ‘reciprocal sensitivity enhancement’ to weed out external noise, improving the signal-to-noise ratio. The device could find widespread application in mobile systems including vehicles, drones and handheld/wearable electronics.