Research and education institutions in Ontario need networks that can keep pace with their vision of the future. ORION connects these researchers to the advanced computing resources that are essential to their work.

Colours of the Universe

At first glance, the picture looks like no more than a swirling mass of colours dancing across a computer monitor, and could easily be mistaken for a work of contemporary art.

In fact, it’s a 3D map of the cosmos that spans nearly two billion light years and is the most complete picture of our cosmic neighbourhood to date. The detailed spherical map charts the approximate direction, speed and distance of galaxy clusters based on decades of data gathered from telescopes sitting right here on earth.

“The galaxy distribution isn’t uniform and has no pattern,” said map co-creator Mike Hudson, a professor in the department of physics and astronomy at the University of Waterloo and an affiliate member of the Perimeter Institute for Theoretical Physics. “It has peaks and valleys much like a mountain range.” And the colourful display? Light blue and white regions represent large concentrations of galaxies, and superclusters appear as red. The 3D map also documents unexplored areas, allowing astrophysicists to more easily predict the universe’s expansion.

With billions of galaxies all expanding at different speeds, the challenge of tracking them is hard to fathom. Hudson likened the mapping project to measuring an extremely large loaf of raisin bread baking in the oven, with the raisins spreading ever farther apart as they’re baked. “It’s not quite perfectly uniform, and it’s that imperfect uniformity that we’re studying by making these maps,” Hudson said. “Our goal was to understand how lumpy the universe is, and how that affects the overall expansion of the universe.”

First published online in the esteemed Monthly Notices of the Royal Astronomical Society research journal, this groundbreaking map was the result of a collaboration between the University of Waterloo and the Institut d’Astrophysique de Paris of the National Centre for Scientific Research of France. This global research collaboration was facilitated by CANARIE, Canada’s National Research and Education Network (NREN), which connects Canada to international R&E networks. “It’s been a huge effort,” said Hudson. “Different groups have spent years looking at different parts of the sky, and we collected all of that data.”

The success of the project also hinged on the team’s access to a network of high-performance computers made available by SHARCNET via the ORION network. “The 3D map took over 48 CPU years of computing time, and since each CPU year is 8,670 hours, the map took over 420,000 CPU hours to complete,” SHARCNET’s technical manager John Morton explained. SHARCNET’s four data centres made it possible to shave years off the task of collecting, sharing and storing data – if the team had done the same work on desktop computers, it would have taken approximately 10 times as long to complete.

What does the 3D map mean to science and to the rest of us? “We’re closing in on the mystery of the peculiar motions of the universe, dark matter, and the link between the two,” Hudson concludes. “We hope that the map will lead to a greater understanding of how matter is distributed in the universe and provide key insights into how the universe is formed.” 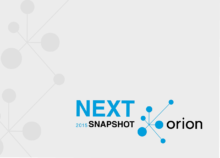 Learn more about what’s next for ORION and its community by reading our 2015 Snapshot.